What Are My Lease Risks? 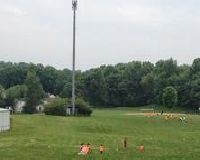 Every cell site lease has a 30, 60, or 90-day early termination clause in favor of the carriers or tower companies.  This is because they anticipate mergers and acquisitions as a real possibility in the industry.  They want the flexibility of being able to give you a brief notice and terminate all leases without any obligations beyond the notice.  This is very problematic to call landlords because they cannot forecast future revenues with certainty.  Additionally, this early termination clause prevents banks from loaning against the revenue streams.

While the risk is real, as mergers and acquisitions happen frequent in the industry.  Sprint purchased Nextel.  AT&T purchased Cricket.  T-Mobile purchased MetroPCS, Verizon purchase Alltel.  And these are just the most recent purchases.  Each time there’s an acquisition, companies will identify duplicate list of cell sites that will no longer be required by the purchasing company.  After the removal of obviously duplicating sites, engineers will be given the assignment to optimize the system even more to get more sites removed from the system. Providing similar or better coverage to both companies with fewer cell sites, fewer technicians, and fewer engineers are the very reasons why companies merge in the first place.

Immediately after the announcement of the purchase, all cell sites of the company being acquired will be valued at zero to Wall Street, because their cell sites are at a substantial risk of being terminated.  It is true with Cricket landlords, whom we advised that they are likely to be acquired by a much larger company.  At the time, leases that are at $1,000 per month rent was worth $180,000 to Wall Street.  The day of the acquisition announcement, that valuation immediately turned to zero, as Wall Street no longer wants to purchase a lease that is about to be terminated.

Technological changes also add to the lease risks, particularly when the licensing costs to spectrums climb to billions of dollars per market (city).  While we never advocate the message that cell sites will all go away, we want all landlords to be aware of the risks, and make financial decisions accordingly.