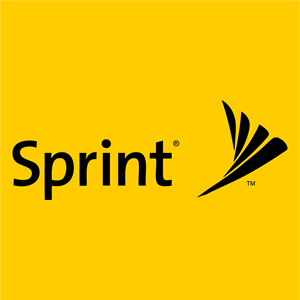 Sprint Corp.’s aggressive discounting helped the company add new phone customers in the March quarter, but the carrier posted less revenue and lost more money than a year ago.

Sprint has been selling its service at half the price of rivals and its gains came in a quarter where both Verizon Communications Inc. and AT&T Inc. lost customers. But Sprint still trailed T-Mobile US Inc., which added 877,000 phone customers during the same period.

“If you offer a fifty percent discount to the competition, there’s something wrong if you DON’T add subscribers,” Craig Moffett of Moffett Nathanson wrote in a research note. But even with those discounts, customer additions were weaker than expected, Mr. Moffett said. “So what now? Real growth seems unattainable.”

Sprint CEO Marcelo Claure said Tuesday the results were good considering how poorly the company was performing just a few years ago. In the first three months of 2015, for example, Sprint lost 201,000 postpaid phone customers. “The gap was so large when we started this journey,” he said.

Mr. Claure said Sprint was preparing to open as many as 2,500 stores in the next two years to help add customers. The company ended March with 58.8 million total customers, including prepaid and wholesale connections.

Part of the challenge facing Sprint is a continued perception its network is weaker than rivals, even though the carrier has made improvements. Greg Crawford, a 52-year-old in New York, recently switched himself and three family members to AT&T from Verizon to save money. “I never actually considered Sprint,” he said. “I didn’t think their network would be strong enough.”

Japanese technology conglomerate SoftBank Group Corp. bought control of the American wireless carrier in 2013 for about $22 billion with plans to shake up the business and steal customers, but the turnaround has faced obstacles.

As losses have mounted, the company recently struck a series of deals with SoftBank’s backing to sell and lease- back phones and network assets to essentially provide Sprint with cash at lower interest rates than what the carrier could get in the high-yield debt market.

The company has also been looking to cut as much as $2.5 billion in costs. On Tuesday, Sprint said it cut $1.3 billion during the 12 months ending March 31 in service and selling, general and administrative expenses.

Sprint said it was aiming to spend $3 billion on network construction efforts this year, about $2 billion less than most analysts expected. The company said spending will slow as the company waits for local zoning approvals before putting up new cellular sites.

Sprint’s postpaid churn rate for the latest quarter, a measure of service cancellations, fell to 1.72% for mainstream customers from 1.84% in the year-earlier quarter.For 2016, Sprint said it expects adjusted fiscal year earnings before interest, taxes, depreciation and amortization to be $9.5 billion to $10 billion, compared with $8.1 billion in fiscal year 2015.

Write to Anne Steele at Anne.Steele@wsj.com