Early Termination Clauses In All Leases.

With extremely rare exceptions, all wireless leases have early termination clauses that allow wireless carriers to terminate their wireless lease with the landlord with a 30-, 60-, or 90-day notice. Carriers do this because they know that mergers and acquisitions are commonplace in the industry. They could acquire or be acquired by another company. Since all wireless carriers use the same wireless technology, same design tools, often the same engineering consulting firms, and want to cover the same territory (e.g., malls, freeways, homes), it is very common for a property to host many different carriers on the same cell tower or rooftop. If AT&T acquires T-Mobile (which has been tried), it would be silly for AT&T to pay for two leases on the single site when they only need one cell site at the location. Thus, the early termination clause gives them a clean out. 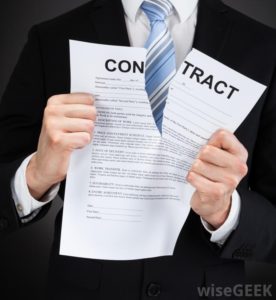 Another reason for the need for early termination clauses is that technology changes can alter designs and the need for certain cell sites. For example, as carriers expand in certain areas, they realize they have more customers than the do spectrum, an essential component to every cell phone network. So carriers terminate certain sites, which contributes high interference to their networks in favor of smaller sites, including those on power and telephone poles.

Over the years, all carriers have exercised this right at every possible opportunity because lower cell site count translates to lower operating costs associated with, e.g., rent, utilities, electronics, technicians, engineers, and maintenance. While many landlords enjoy uninterrupted rent income from carriers for years, this is not the case for landlords who were affected by mergers and technological changes. Some carriers and/or their contractors like to play up this early termination point to drive rent rates down at renewal times. Our advice is to never reduce your rent because of this threat.

What To Do When Your Site Is Terminated Early?

Upon early termination of your lease, wireless carriers (or tower companies) are usually required to restore your property to pre-lease conditions. These companies will often offer you a lump sum to leave everything in place and have you be responsible for the structure and equipment. While this payment may appear high, be wary that you are taking on hazardous substance liability and also FAA flight path responsibility. Zoning rules also apply against leaving nonoperational cell sites in place. Contact us if you are in this situation and we can assist in identifying all your available options.